Nursing Is an Art

Those who fail to learn from history are doomed to repeat it.

One day several months ago I woke up thinking about Florence Nightingale – the Lady with the Lamp (1820-1910) during the Crimean War (1853-1856) who made her nursing rounds during the night.  Before her arrival, it was often prostitutes who took care of the war-injured. Sanitation was poor. Personal hygiene care was often negligent or missing entirely. Nightingale’s arrival (November 4, 1854) in Crimea changed that.[i]

Nightingale became the founder of modern nursing (19th, 20th centuries).  The University of Cincinnati’s College of Nursing (my alma mater) had a large bronze bust of her and it was situated on a pedestal where we passed it regularly – usually without really noticing it or thinking about it.  But, there she was, a reminder that as graduate nursing students we were being prepared to be the leaders of a new generation of nurses, nurse specialists and nurse educators.

Where Might Florence Lead Us in the Twenty-first Century

·      A child of inherited privilege, as an adult she understood poverty and witnessed its devastating health consequences

·      She understood the need for proper sanitation

·      She understood the need for self-discipline and self-care

·      She was a very political animal – returning to England from Crimea, she retreated to her bedroom for a time – from which she emerged to create a new profession for women out of the world’s oldest female profession; in doing this, she created professional respectability out of its opposite.

·      It was a historical era in which modern medicine and modern nursing and modern public health emerged – separately but in a parallel fashion. Each profession symbiotically needed the others if patients were to be humanely cared for and treated successfully.[ii]

·      Nightingale relied upon a pyramidal and hierarchical military model of organization – perhaps because that was the only organizational and systemic model she knew.  The physician was the commanding officer giving care orders; nurses were the physician’s assistant – taking his orders and implementing them. The nurse, in her turn, supervised nursing assistants and aides. The old custom of nurses standing at attention whenever a physician entered a room (no matter what they – the nurses – were doing) had ended by the mid-twentieth-century but the attitudes of nursing subservience to and dependency upon medicine remained long after. The pyramidal model or hierarchical model prevailed.  There were needed exceptions to the implicit subservience rule: witnessing a break in a sterile field, a nurse in the operating room needed to speak up.  S/he needed to identify the exact nature of the break and help the physician re-establish a new sterile field. Realizing a dangerous prescription or inappropriate treatment had been ordered and written, the nurse, just like the pharmacist, was expected to contact the physician and challenge the order.  But essentially, in outdated language, the nurse was expected to be the physician’s handmaiden (a personal maid or servant).

·      It was my generation of nurses – the newly emerging baccalaureate degree nurses and clinical nurse specialist practitioners – (and our forward looking professors) who changed this.

·      Newly emerging American feminism also added its own values to the changing roles of women professionals. Feminist physicians, feminist nurses and feminist public health officials created new alliances and new ways of interacting with each other and with patients.  The great leaders in twentieth-century health issues for women and their children were women and they established new trajectories of female life and work.  Each one of the following women from the United States and Europe was privileged in terms of education and each decided to serve less-privileged individuals. Each, therefore, had a seat-of-the-pants understanding of the underlying systemic issues which affected the public health as well as the health of individuals.

o   Esther Lucille Brown (1899-1990); a social anthropologist whose work in the area of professionalism helped the nursing profession – most especially its baccalaureate and graduate programs – understand its own role in creating and maintaining the nation’s public health

o   Martha Rogers (1914 – 1994): a nurse researcher and public health theorist.  She had a strong interest in the natural sciences and brought that interest to her work in nursing theory.

o   Madeleine Leininger (1925-2012); a nurse anthropologist who developed the theory and practice of trans-cultural understanding and nursing practices

o   Ann C. Wolbert Burgess (1936-); a nurse researcher who opened the study of sexual violence and its traumatic aftermaths as a health and well-being issue

o   Helen Erickson (1936 -); a nurse leader in the field of holistic nursing and a role modeling theorist.

Since Nightingale, nursing, therefore, has been a continuously changing or evolving profession and the profession now contains multiple levels of licensure and certification. One place we see change now is that more men are entering the nursing profession. A quick scan of the computer on the question “when did men enter the profession of nursing” reveals they were always present – in military settings they provided care to the dying and wounded in field hospitals and on the battlefield itself.

On a personal level, my undergraduate baccalaureate class (1958-1962) included two men and twenty-three women. One of our classmates died in our junior year from the complications of juvenile diabetes.  Years later, as a nurse administrator, I supervised male and female nurses.[iii]

I am part of the generation of nurse leaders, educators, and administrators that benefitted from educational and employment opportunities for women that Florence and her nineteenth-century associates could not have imagined. So, while I seek to honor Florence with what follows, it is not an attempt to return to some golden past.  In truth, there was no golden past. This short essay seeks a foundation for a golden future somewhere beyond the historical past and also beyond today (the historical present).

Today’s nurses exist in a political and social climate in which the nation’s health care system – as a whole – is (and has been for decades) in disarray.[iv]  My short hand for this reality (in talking with my healing arts colleagues) is this: the whole damned health care system in the United States is fucked.  The COVID-19 pandemic – as tragic as that is for individuals and families – has done all of us a favor because it has identified the systemic weaknesses of the public health care system in the United States.  It has also uncovered the systemic inadequacies of many of the nation’s corporate hospital systems.

[ii]  Note: a parallel transition was happening in medicine as barber-surgeons yielded way to university and medically prepared surgeons over the centuries. Once the Catholic Church stopped restricting and punishing the dissection and study of human cadavers, science began to set up the path for the development of modern medicine.  Medical science – not the church and its hierarchy – took charge of sick and wounded people.

[iii] Medicine, during mid-century (1950 and forward) was experiencing a similar reality.  Primarily a male profession, during the last century women began entering medical school in every growing numbers.  Elizabeth Blackwell (1821-1910) was the first woman physician in the United States

[iv] On September 10, 2019, the Associated Press reported that 27.5 million people in the United States (9.5% of the population) were without health insurance.  That number represented an increase of 1.9 million people or an increase of 0.5%.  Retrieved May 4, 2020 from https://www.nbcnews.com/politics/politics-news/number-americans-without-health-insurance-rises-1st-time-decade-n1052016 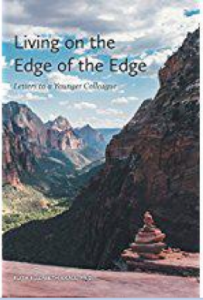